Horizontal lines: The horizontal lines on the nail are a record of the disease that has occurred. In other words, when there are stripes on the nails, some lesions must have appeared in the body. Generally speaking, the horizontal stripes are only at the bottom of the nail at the beginning, and gradually move upward as the nail grows, which indicates that the time of onset is getting closer. 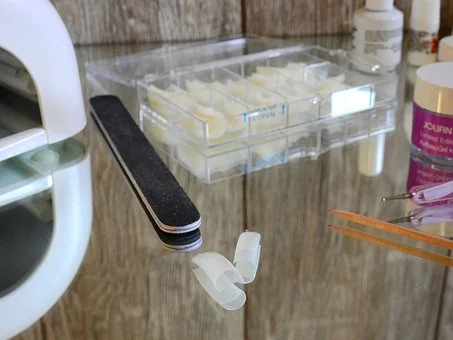 The changes in the human five internal organs will be reflected in the nails accordingly. As long as you pay attention to the subtle changes on your nails, you can predict a person's health. If you look at the health of your nails, the key lies in the color and shape of your nails. Healthy nails should be smooth and clean, with no vertical and horizontal grooves on the nail surface, no interference spots on the nail, symmetrical nails, not skewed, and no dents or tip upwards. As far as normal nails are concerned, although there are many types, there are actually no identical nails. Generally speaking, healthy nails can be divided into: normal nails, large nails, small nails, long nails, short nails, wide nails, narrow nails, etc.

Usually the nail occupies 3/5 at the end of the finger, and it is arched in a rectangular shape. The top transverse diameter is slightly larger than the base transverse diameter. The white part of the nail that is like a half moon is called the nail half moon, which is commonly known as nail white, and it is located in the center of each finger. , No big deviation. Speaking of which, when all fingernails have appropriate white nails, it can be inferred that the human body is in good health. If 10 fingernails are completely absent or have only a little white, it means that the body is tired or suffering from illness. The ideal white nails should account for about 1/5 of the nail area, too large or absent does not mean that the body is very strong.

The growth and shape of nails are always affected by changes in the body. Especially from the color of the nails, whether there is a normal person's white nails, it can be seen whether the person is healthy or is pregnant with disease. In addition, some clues can be seen in the following 10 different types of nails. Attention should be paid to this, and correct handling methods should be adopted to strive for early correction.